Teachers are in need of more support, they aren’t going to get it from working parents, and the government will just increase its burden of bureaucracy. Perhaps technology is the answer. 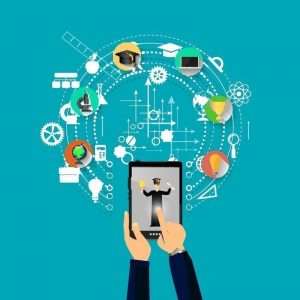 Over recent years governments have tossed and turned their national curriculum, teaching methods and the school system, desperate to rescue the British education system from constant criticism of lagging league tables and from fierce competition abroad. However, despite these changes, the funding required to implement them have been diminishing and the question lies in how any effective changes can be made when this crucial factor is removed.
A good education system needs support – not just financially from the government, but also from the parents that send their children to be educated. But when that support isn’t there – when there is no parent reading to their children at night, when no one is helping to test for a spelling test, and the government strips back funding but continues to add to the box ticking and ofsted inspections, what then?

If there has been one thing increasingly lacking in the support network for teachers, there has also been another that has quietly been taking the world by storm. For a generation not taught with computers, it is hard to adapt to the new age of thinking, however, little by little we are creating a world of educational technology that can support teachers, and ultimately students in their day to day learning, filling the gap that is being missed by parents and the government and relieving time pressure on teachers.

We built Revision Buddies apps because we realised that not everybody has a pushy parent (sorry mum), nor the environment where learning is encouraged, but there seemed to be one thing that was catching young people’s attention: their phones.  We wanted to develop something that would give everyone the opportunity to interact with their revision – to be able to take it with them wherever they went. We all need to be congratulated when we’re doing well and encouraged when we’re not – we also need to know when we are and aren’t doing well and to be shown where our learning gaps lie. With teachers over stretched, parents out at work, and students increasingly using the internet in their spare time, what better way to engage them with revision than through the avenues that they use the most? 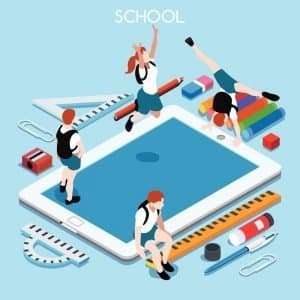 But it wasn’t just about the students. We also wanted to give teachers more time to use in their classroom, so that they can help teach students to apply their knowledge, rather than using their revision sessions to run over the basic facts. Flipped classroom learning can really work with the right tools and we look to take on the job of making sure that students have the knowledge they need, and to help both them and their teachers to identify areas or topics that need more attention. This in turn allows teachers the time in the classroom to make sure that their teaching is effective with no opportunity for anyone to be left struggling quietly in the corner.

Technology in education carries a heavy head. Previously clunky, lacking in clear functionality and often dubious in its content, it is a no wonder that schools have been slow to take up the edtech revolution that is occurring. When we joined the CleverTouch CleverStore, they told us that one of their main challenges had been to find genuinely good educational apps. With so much on offer, filtering those that were created by someone looking to make a quick buck and those that are meticulously developed to ensure that teachers can rely on them and students can have confidence in them is a serious issue. As far as we’re aware, before the Cleverstore, the only educational platforms available seemed to promote those that paid them the most money and this is where the CleverStore differs. Each app that has been selected for the Cleverstore has been sought out and rigorously tested (not only in terms of functionality, but also for its relevance with regard to the National Curriculum) by the Sahara team to bring to the classroom the apps that they believe will be most effective for classroom learning, and useful resources for students and teachers alike.

It is with the smart, integrated system that the CleverTouch is able to transform the classroom environment, removing the faff and allowing seamless educational technology that actually works and is relevant. It is only once we build this confidence in technology, that we can start to see the benefits of the flipped classroom, to develop student’s skills for the modern world and get the government to turn its attention to developing its core subjects for the future, such as integrating coding at GCSE, rather than arguing whether John Steinbeck or Jane Austen would be the better set text of an antiquated system of the past.

Revision Buddies if available on the CleverStore, GooglePlay and the AppStore – read all about us here: www.revisionbuddies.com