Maths and Science = geeks only? 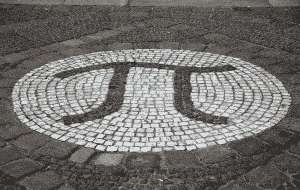 So a national lack of science and maths teachers has hit the headlines again. Quelle surprise.

British attitude towards the sciences and maths seems to have a particularly geeky connotation. Many an adult will write themselves off at “I can’t do maths”, which is generally received by a ‘me neither’. The result is a country incapable of the simplest equations, with little understanding of how the world works and where it isn’t uncommon to hear “Remind me, do we go round the sun, or does it move around us?”.  Whilst we can sit around glugging wine wondering what happened to the industrial and forward thinking Victorian Britain, discussing the latest articles in Hello magazine and calculating 25% of 100 on our phones, the rest of the world is developing top technology and inventions, leaving us Brits behind.

According to Carol Vorderman, recently interviewed by The Independent, “Mathematics is not just any old subject, it is a language, it’s the language of commerce, industry, finance, science, engineering, the internet, communication and all technology. It’s such an important subject that a First World society cannot afford to teach it to any other standard than first class.” She’s right, we Brits need to get ourselves back into action and realise the importance of maths and science in taking the country forward. But how are we going to do it with no one to teach it?

The curriculum needs to promote science and maths as interesting and exciting subjects to young students – Start young and make it fun.  It is claimed that students failing at maths by the age of 11 are unlikely to improve to passing at GCSE. We therefore need to ingrain it into our children when they are young, and show then what can be achieved.

Parents too need to change their lacksidaisical attitude towards maths and the sciences and encourage their children to work towards achieving in these subject areas in order for them to be able to take on more vocational job options such as technological services and development. With the now extortionate fees at university and lack of job availability, it might well just be that people consider more vocational university degrees rather than Creative Writing because its “interesting”. The 3D printer won’t have been created through poetry, after all. I’m not saying drop the Arts, I’m just saying that we need to think of the future and that it is important that we encourage a younger generation to develop their capabilities in carrying Britain forward towards being a scientifically and technologically capable global leader.