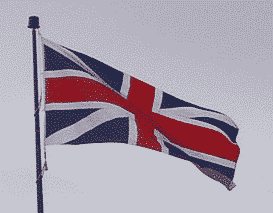 The new proposals for GCSEs are causing further fragmentation of the education system with Wales and Northern Ireland governments hesitant to adhere to Gove’s new exams.

Jeff Cuthbert, deputy minister of skills, detailed in June that he would fight for the best for students in Wales, even if it meant “diverging from England and the rest of the UK”, according to the BBC. This came as a result of Gove’s fourth attempt at rewriting the GCSE education syllabus and examination configuration. Whilst Northern Ireland is doing its own evaluation of the current GCSEs and A levels, Wales has voiced that it will be looking to maintain the exam system as it is, rejecting Gove’s restructuring.

If Gove pushes through with these reforms regardless of the opinions of Northern Ireland and Wales, is he not only causing a further division of the UK education system, but also more complication for examiners and total confusion for employers and Universities. How can we be sure that the separate systems will result in equal assessment and qualification?

In addition, even if a cross-border assessment system was set up and effective, would the difference in the varying curriculum not have the potential to create a separated, nationalistic, outlook for the next generation? Whilst it can be said that the separation of the education systems could be a natural transition as a result of devolution, it is likely that there will be a gradual inward focus amongst each of the separate countries whereby the English start learning just about England, the Welsh the Welsh, the Scots the Scots and so on? And with this do we not lose the mentality of a United Kingdom?

Furthermore, is this not yet another piece of evidence to indicate that, as well as the unpopularity of Gove’s reforms amongst the teaching community, his ideas are also proving unpopular with the other countries within the UK. With this in mind, is it me, or is Gove the only person that seems to think that his reforms are a good idea?

Let us know what you think.